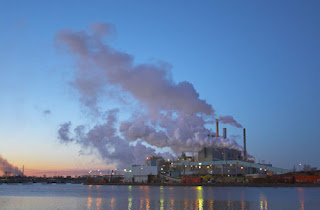 Prenatal exposure to air pollution appears to cause genetic changes that predispose unborn infants to asthma later in life, according to a new study conducted by researchers from the Center for Environmental Genetics a the University of Cincinnati and published in the journal PLoS ONE.

"Our data support the concept that environmental exposures can interact with genes during key developmental periods to trigger disease onset later in life, and that tissues are being reprogrammed to become abnormal later," lead researcher Shuk-mei Ho said.

Researchers had pregnant women wear backpack air monitors that analyzed the women's exposure to polycyclic aromatic hydrocarbons (PAHs), a type of pollution produced by combustion that is characteristic of the air in high-traffic areas. The researchers also examined the expression of the ACSL3 gene in their unborn children.

High maternal exposure to PAHs was significantly associated with chemical changes in the fetus related to the expression of ASCL3. At the age of five, children who had exhibited these changes in the womb were significantly more likely to have asthma than children who had not. The researchers believe that air pollution induces changes in gene expression without actually changing the structure of the gene itself, as in a mutation.

"We know that children living in polluted areas have a higher incidence of asthma but what we didn't know was it was affecting a gene," said Keith Prowse, vice-president of the British Lung Foundation. "If you look at cord blood and you find the gene has been modified you know the child is more likely to get asthma so you can treat them early."

Scientists know that ASCL3 is expressed in the lung, and believe that it plays a role in setting or maintaining the structure of cell membranes. They do not yet know exactly how expression of the gene contributes to the development of asthma.

Sources for this story include: news.bbc.co.uk.
Posted by Mohsin Mahmood at 2:00 AM 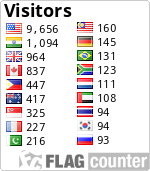