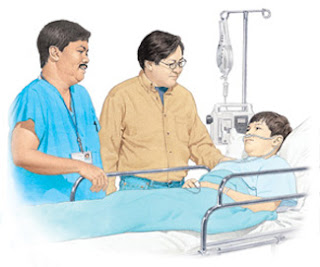 CAUSES
Anaphylaxis is a severe, whole-body allergic reaction to a chemical that has become an allergen. After being exposed to a substance such as bee sting venom, the person's immune system becomes sensitized to it. On a later exposure to that allergen, an allergic reaction may occur. This reaction happens quickly after the exposure, is severe, and involves the whole body.
Tissues in different parts of the body release histamine and other substances. This causes the airways to tighten and leads to other symptoms.
Some drugs (morphine, x-ray dye, and others) may cause an anaphylactic-like reaction (anaphylactoid reaction) when people are first exposed to them. Aspirin may also cause a reaction. These reactions are not the same as the immune system response that occurs with "true" anaphylaxis. However, the symptoms, risk for complications, and treatment are the same for both types of reactions.
Anaphylaxis can occur in response to any allergen. Common causes include:
Pollens and other inhaled allergens rarely cause anaphylaxis. Some people have an anaphylactic reaction with no known cause.
Anaphylaxis is life-threatening and can occur at any time. Risks include a history of any type of allergic reaction.

Read more »
Posted by Mohsin Mahmood at 4:55 AM 1 comments 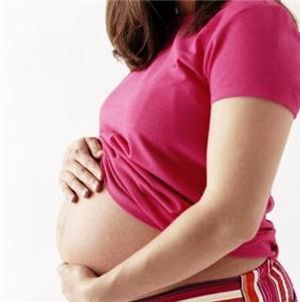 Asthma in pregnancy pregnancy is a delicate moment in the life of the woman: the arrival of a baby generates joy and anxiety for the future that is unknown, a mix of sensations. The asthmatic pregnant, in addition to these sentiments, however, comes with a number of other fears:

Read more »
Posted by Mohsin Mahmood at 4:32 AM 1 comments 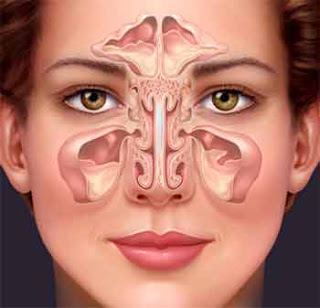 The word sinusitis (sinus = bosom, ite = inflammation) means inflammation of the sinuses, also called sinuses. It is very difficult to speak of sinusitis without speaking of rhinitis. Sinusitis is the most common complication of allergic rhinitis. Therefore, the name used by the experts is: Rhinosinusitis.
What are the sinuses?
Sinuses (or sinuses) are hollow and aeradas cavities in the bones of the face and that serve to:
1) resound the voice
2) balance the weight of the head
3) assist air circulation and elimination of secretions
4) assist the nose on their roles.
The mucous that coats the sinuses is very similar to the lining of the nose. Therefore it is so easy that nasal inflammation spreads until sinuses.
Read more »
Posted by Mohsin Mahmood at 4:33 AM 2 comments

Antibiotics, analgesics and antinflamatórios are drugs that cause allergy more in people and often these remedies are used without prescription, by self-medication. This was the topic of a study released by the Ministry of health in Peru.

Allergic reactions may be lightweight, manifesting as itching and irritation of the skin but can also manifest itself so serious and life threatening. The study showed that antibiotics as sulfas and Pencillins accounted for 47% of cases, followed by antinflamatorios (29%) including: aspirin, piroxicam, diclofenac, ibuprofen salicilico acid and acetyl.

The study showed that allergic reactions also mostly arise minutes or hours after ingestion of the medicinal product, but in some cases may be late. When the reaction is critical, can desencadar un cuadro anaphylaxis, i.e. when the tissues-in different parts of the body release substances such as histamine, resulting in obstruction of respiratorias and acute symptoms like abdominal pain, diarrhea, nasal congestion, palpitation, hives, itching etc and emerge in a matter of minutes or segunds.

The allergy to drugs can appear at any age, being more frequent between 40 and 50 years, probably by increased use of drugs, particularly in female population.

Unlike other types of allergy such as Dermatitis, food allergies, asthma, rhinitis or that are more frequent in childhood or youth, allergy to drugs is more common in adyltos and seniors.

But, an alert to children, but also to all that the slightest sign of fever or pain if automedicam with analgesics, antibiotics, antinflamatórios and even often unnecessarily.

No to self-medication!
Self-medication Is proven: increases the risk of allergy.
It is true that there is no way to review if a person is allergic to medicines. But, the widespread use and self-medication certainly contribute to increase sadly these indices. The doctor, by prescribing a medication, must analyze each case so that it can rewrite safely and effectively.
Tests
There are few products that can be tested. In much of the time, the diagnosis is done clínicamente, i.e. based on data obtained in the anamnesis (current and past medical history) and physical examination performed by the doctor Allergy specialist.
And concludes: "more than tests, the clinical evaluation of the patient and a thorough medical history are valuable instruments to detect the possibility of Allergy and to guide the use of a medication".
The World Health Organization (who) has estimated that about 5% of the population of the planet can be a carrier of allergies to one or more medicines.
Posted by Mohsin Mahmood at 12:46 PM 1 comments Histamine is the name of the most famous chemical involved in allergic reactions. When histamine is released, causing swelling and bloating of vessels, as well as increase secretive and itching. In the case of rhinitis, the presence of histamine causes itching, sneezing, runny nose and nasal blocking. In urticaria causes reddish cards very itchy skin. In ocular allergy, results in itching, redness and irritation of the conjunctiva of the eyes. In atopic dermatitis can help control the itch, which is intense and affect the skin, worsening of the disease.


Since the 1930s, it was noted that it was possible to relieve allergy symptoms using remedies that antagonism with histamine. But, only in the 1940s was released the first remedy antihistamine. Since then, knowledge only made grow and today we have many remedies for this purpose.

Is important to remember that histamine is not exclusive of allergy because other diseases also participates. Therefore, today there are antihistamines used in the treatment of vomiting, dizziness, etc. But here we will talk only of medications used to treat allergies, called ANTI-histamines (or anti allergenic H1 can be divided into 2 groups: Classic and 1)
2 non-Classics)
Read more »
Posted by Mohsin Mahmood at 12:39 PM 1 comments

Email ThisBlogThis!Share to TwitterShare to FacebookShare to Pinterest
Labels: Drug

Swimming is a sport that aid in the improvement of symptoms of asthma, especially in children and adolescents, says a study recently published. Swimming proved effective pharmacological intervention, not associated with the treatment of asthma.


Researchers have evaluated the effects of the practice of swimming in measures of lung function in children realzadas from 7 to 12 years of age. All participants were in regular treatment for asthma. Were divided into 2 groups of 15 children, where a group was directed to the sport and the other is not. After a period of 6 weeks, were re-evaluated respiratory and measures of asthma clinical conditions.
Read more »
Posted by Mohsin Mahmood at 12:32 PM 1 comments

Vitamin d is known for its ability to regulate calcium and phosphorus in the bloodstream and join the health of bones (bone mineralization adequate). However, further studies are showing that this vitamin is able to influence the immune system, having an important role in preventing inflammatory diseases and autoimmune diseases. In many countries, where there is little incidence of Sun, decrease blood vitamin d are linked to the increased prevalence of inflammatory diseases, including allergies.
Read more »
Posted by Mohsin Mahmood at 12:15 PM 1 comments 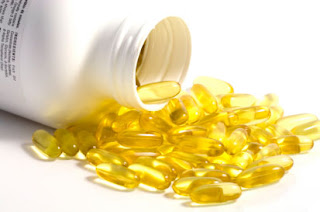 What causes the inflammation seen in asthma patients? One substance responsible for the 'burn' in asthma are chemicals called Leukotrienes.
These substances are inflammatory chemicals produced during an allergic asthma attack. They cause airway inflammation and edema. Is it possible to reduce leukotriene levels with omega 3 fatty acids, thereby lessening asthma symptoms?
Scientists in South Carolina gave 43 adult patients with mild asthma either a daily supplement of EPA (Eicosapentaenoic acid) and GLA (Gamma linoleic acid) or olive oil. Gamma linoleic acid is an omega 6 fatty acid found in black currants, evening primrose oil and some vegetable oils. They discovered that supplementing a diet with EPA and GLA lowered the levels of leukotrienes.
Unfortunately, researchers didn't look for any changes in asthma symptoms; only if there was a measurable decrease in leukotriene production.
However, it makes sense if you reduce the chemicals that cause inflammation in your lungs, you may reduce the onset of asthma symptoms brought on by substances that cause inflammatory-like conditions in the body.
Posted by Mohsin Mahmood at 1:54 AM 1 comments 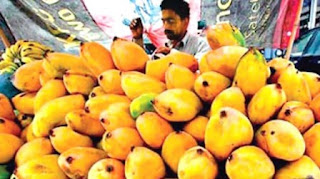 Mango is known as the king of fruit around the world because of its taste and aroma but a variety of this fruit found in an orchard of Rahim Yar Khan (Pakistan) is said to be helpful in curing asthma. The curing fruit called Damdama is found at a fruit farm in Yousafabad, 30 kilometres from Rahim Yar Khan (Pakistan). Many asthma patients said they felt relief after eating fruit from the rare tree.
The effects and qualities of this mango were noticed a few years ago when a farm worker who was also an asthmatic ate mango from this tree, noticed its unique taste and aroma and felt better after eating the mango.
Later, 12 asthmatics ate it and they also felt better. Farm owner Jam Fazal Ahmed Gaanga now gives the fruit free to asthma patients.
In 2003, this variety was displayed at a mango exhibition in Rahim Yar Khan. The mango remains green after reaching maturity. It is a bit juicy but a bit bitter in taste.
Fruit and Vegetable Development Project (FVDP) Assistant Director Imtiaz Ahmed said the variety could not be further propagated through seeds because it has its own characters which are natural. It is a Fajri variety plant and has acquired ingredients from soil. He said his department will send the mango to the PCSIR laboratory in Lahore next year to know its chemical composition.
Posted by Mohsin Mahmood at 1:35 AM 2 comments

Email ThisBlogThis!Share to TwitterShare to FacebookShare to Pinterest
Labels: Cure 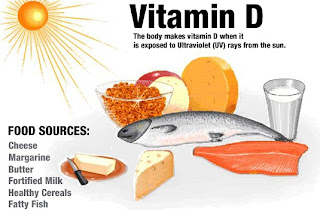 Not getting enough vitamin D may make asthma worse, according to a new study. Researchers found that low vitamin D levels were associated with worse lung function compared to higher vitamin D levels in people with asthma. In addition, the study showed that people with low vitamin D levels didn’t respond as well to asthma treatments compared to people with higher vitamin D levels. "Our findings suggest that vitamin D levels influence a number of important features of asthma, including lung function, bronchospasm, and therapeutic response to steroids,” researcher E. Rand Sutherland, MD, MPH, chief of the pulmonary division at National Jewish Health in Denver, says in a news release. “The next question to answer is whether giving supplemental vitamin D will lead to clinical improvements in patients with asthma." Vitamin D is most commonly produced by the skin in response to exposure to sunlight and is also found in some foods. 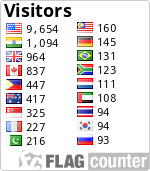